The health effects from vaping are very much still under debate by scientists and researchers. There are many who would warn about possible negative health side effects, but there are just as many people who look to vaping as a solution for their health issues.

While the science is still out, everyone needs to make decisions for themselves. A lot of times, it will depend more on the substance being smoked in the vape than the vaporizer itself. The difference between smoking tobacco and marijuana, for example, can be large and have a big impact on health impacts.

There is also a big difference between vaping and smoking. Smoking tends to be more harmful overall, though there can still be negative health effects from vaping. Smoking has caused diseases for more than 16 million Americans.

Below, find 6 potential negative health effects from vaping and smoking. 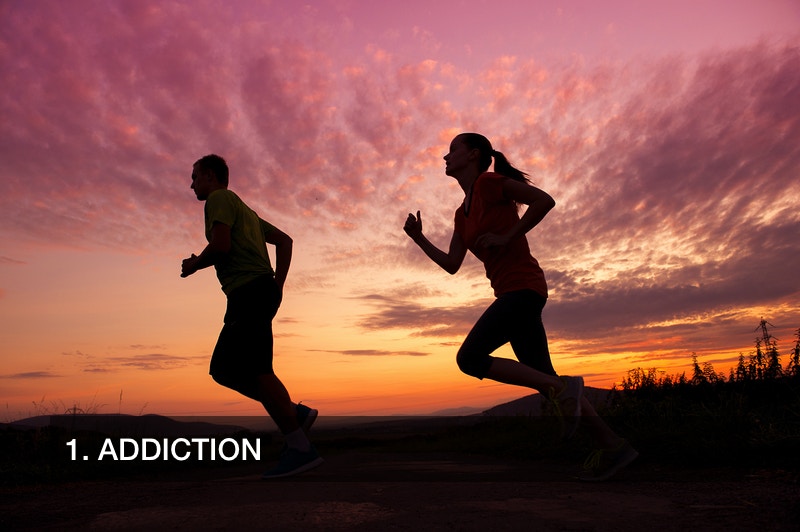 Like smoking, vaping can be very addictive. However, this depends heavily on what is in the vaporizer.

Nicotine is a highly addictive substance. Whether it is smoked or vaped, if you consume nicotine, you have a high potential of becoming addicting.

In younger people whose brains are still developing, nicotine can impact memory, self-control, attention, concentration, mood, and the ability to learn. It can even make young people more likely to become addicted to other substances later in their lives.

Unfortunately, the research shows that electronic cigarettes are just as addictive as traditional cigarettes, so vaping is not an effective way to quit smoking. Because you are still inhalingnicotine, the effect in terms of addiction is roughly the same.

Marijuana does not contain any nicotine, so it is less addicting when smoked. However, that does not mean people cannot get hooked on it. Marijuana dependence occurs when people who smoke marijuana feel withdrawal symptoms when they stop smoking. This could include things like irritability, mood fluctuations, trouble sleeping, lower appetite, and cravings. They might also find they are restless and have general discomfort for a week or two after they’ve stopped smoking.

When it comes to addiction, the health effects from vaping will depend a lot on what substance you are smoking. However, vaping is just as addicting as smoking.

If you or someone you know has an addiction, you could seek out addiction treatment centers to try to kick the habit for good. Vaping is not an effective means of breaking your addiction to smoking. 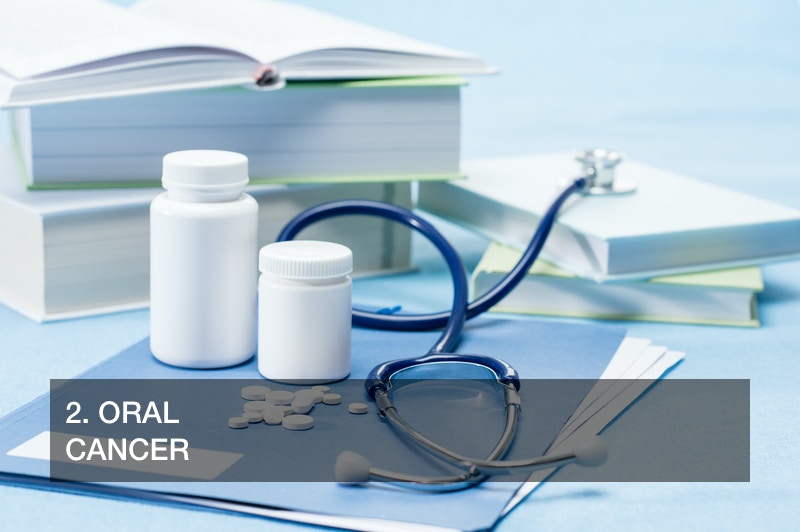 Vaping and smoking have serious consequences for your oral health and in extreme cases that can, unfortunately, include oral cancer. Whether you smoke traditionally or vape, you should get an oral cancer screening if you have any concerns.

Oral cancer, which can be caused by smoking, can affect the entire mouth, including the lips, teeth, tongue, gums, and any tissue in the lips and cheeks. One of the earliest signs of oral cancer is white and red patches inside the mouth. However, since these can easily be confused for other things, oral cancer can be tricky to catch in the early stages.

However, the correlation between vaping and cancer isn’t a straight line. Technically, vaping merely raises your risk of cancer. Things like inhaling bad bacteria can raise your risk, for example, but that does not technically mean the vaping caused cancer.

This is part of what makes it so difficult to definitively list the health effects from vaping. Vaping is relatively new as an activity, making it tough to diagnose long-term problems such as cancer. Something like oral or lung cancer can take a long time to develop and since most vape users are younger, it may not yet be clear to doctors what the correlation between vaping and cancer is. The best we can say right now is that there is a correlation, but that more study is needed to make a definitive link. 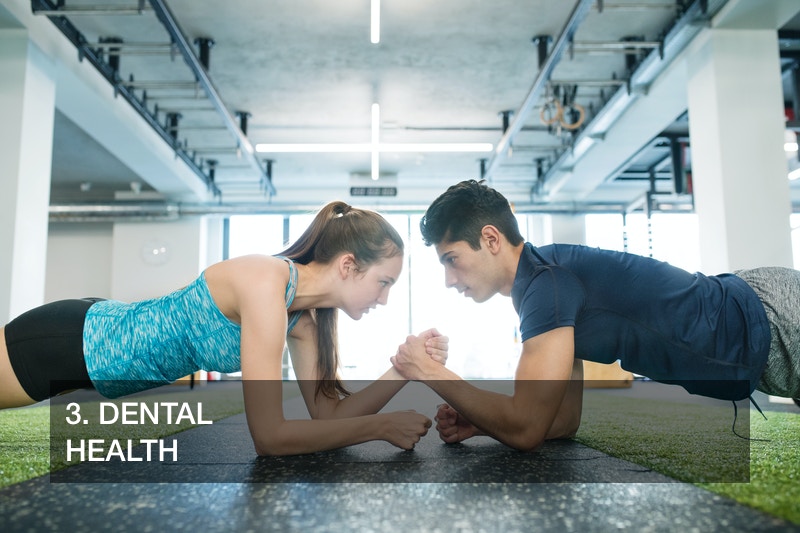 One thing that is known right now is that your dental health can take a definite hit from vaping.

Dental experts such as the ones at the American Dental Association expressed strong opposition to “oral tobacco” in 2019 and urged people to avoid any use of tobacco. Whether the tobacco is smoked traditionally or inhaled through a vaporizer, these experts believe it will have detrimental effects on the teeth and gums.

Smoking cannabis and marijuana have also been associated with poor oral health. Again, it does not matter how the marijuana is smoked. Even a vaporizer will have harmful effects on the teeth and gums.

One of the health effects of vaping marijuana (or smoking it traditionally) is dry mouth. Because saliva helps break down food and protect teeth, this can lead to bacteria and plaque build-up. This can also end up leading to things like gum disease because of irritation to the gums.

If you smoke tobacco or marijuana, whether traditionally or with a vaporizer, you should talk to your dentist honestly about it. Recreational use of these products can have long term negative impacts on your teeth, even if the health effects from vaping are still unclear in some areas. Maintaining your oral health if you are a smoker can be challenging, but being honest with your dentist is a good first step. 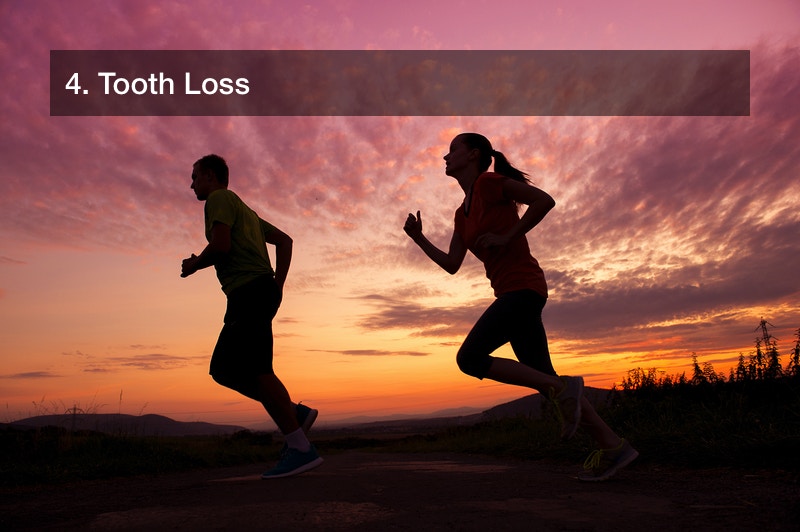 Tobacco and marijuana can both cause tooth decay. However, the way this happens is slightly different from product to product.

When it comes to marijuana, one of the known health effects from vaping or smoking is getting “the munchies.” It doesn’t matter how you consume marijuana. You are likely to get the munchies either way. This often leads to unhealthy snacking as your appetite is increased. This is associated with a higher incidence of things like cavities and even tooth decay.

Over enough time, this can result in loss of teeth.

Tobacco, smoked or vaped, is linked to a series of events that can result in tooth loss. Things like plaque build up and gingivitis can eventually lead to teeth falling out. This unfortunate effect occurs no matter how you consume tobacco. The health effects from vaping and smoking are identical in this regard, as near as we can tell.

In some cases, people will seek out dentures to replace lost teeth. If you have experienced tooth loss you may want to consider dentures as an option.

Delta Dental estimates that someone who starts smoking when they are 18 and smokes one pack every day will lose four or five teeth by the time they are 35. This is because smokers are twice as likely to lose their teeth compared to non-smokers. 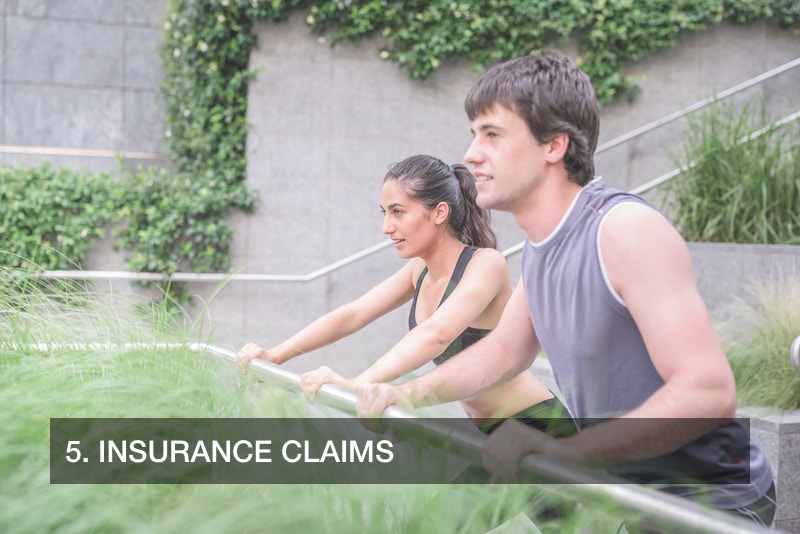 Insurance can get tricky when it comes to vaping. With so much still not definitively known about the health effects of vaping, insurance companies are wary of the practice and the health conditions it may cause.

So, can you get an insurance policy as a non-smoker if you only vape?

The short answer is no. The longer answer is that it is complicated.

If you are getting life insurance, for example, you will likely have to take a medical exam. Whether you smoke or vape, if you consume nicotine, this exam will probably detect it. At that point, it will not matter to the insurance company how you consume tobacco. They will consider you at risk for the same health effects from vaping or smoking.

The problem is that there are not yet long-term studies on whether vaporizers are less harmful than traditional cigarettes. Until there are, you will probably get saddled with a higher rate by a life insurance company and labeled a smoker.

The same goes for your health insurance. While the science about the health effects from vaping is still being done, health insurers currently look at smoking and vaping as one and the same. They may not make this clear, however, and that can lead to easy misunderstandings.

This confusion can obviously result in problems. As an individual, it would be easy for you not to know that smoking and vaping are considered the same by your insurance. You might get saddled with a bill that is larger than you were expecting.

One thing you can do in this kind of circumstance is contact insurance dispute lawyers. They may be able to help you make your case, though it will be a difficult sell with the science still inconclusive about the long-term health effects from vaping. Still, it is worth a try if you think you have a case because you could get stuck with higher rates for the rest of your life otherwise.

What we listed above are just some of the most obvious health effects from vaping or smoking. However, there are many other impacts that you might not know about.

Recently, for example, there was an outbreak of a mysterious lung-related illness associated with vaping. The scary part was that for a while no one was quite sure why it was happening. Some suggest it was low-quality vaporizers that contained heavy metals people were inhaling. However, as with many things related to vaping, it is still being studied.

In general, the quality of the vaporizer and oils you use will have an impact on your health. Some products are of lower quality and can be dangerous for that reason. The CDC and FDA, in partnership with state and local health departments, is working on investigating the lung injuries associated with vaping.

Like traditional cigarettes, e-cigarettes contain a range of chemicals. These can be responsible for many of the health effects of vaping that we are seeing. This includes things like lung disease and heart disease.

There are even suggestions that e-cigarettes could cause asthma and lung cancer. In fact, the FDA does not currently believe that any vaporizers are completely safe or helpful in getting people to quit.

If you think you have been harmed by a vaporizer product, you might talk with a medical malpractice attorney to investigate your options. If the products themselves were unsafe or you suffered excessively at the hands of doctors, you may have options.

We’ve discussed at length the harmful impact of tobacco. However, tobacco is not the only thing a vaporizer can be used for. There are also many other uses for vaporizers.

Herbal vaporizers can be used for all kinds of substances beyond tobacco, including marijuana, cinnamon, ginger, garlic, or even black pepper. Many of these are not smoked for any kind of high, obviously, but rather for potential health benefits.

Some people seek out herbs as a means of aromatherapy and in this regard, a vaporizer can help. The health effects of vaping certain herbs are not hard science yet and require more study, but some people claim relief from symptoms from using a vaporizer for other types of herbs.

Other people use vaporizers specifically for CBD. CBD can have a relaxing effect without the “high” of marijuana. This is because CBD lacks THC, the psychoactive ingredient in marijuana.

People have found the health effects of vaping CBD, in particular, to be beneficial. CBD can relieve pain, reduce anxiety and depression symptoms, and alleviate certain health symptoms. It is not for everyone, but it can be an effective treatment for some, which has aided in the rising popularity of smoking CBD with a vaporizer.

If you are considering a vaporizer, it is important to buy a good vaporizer from a reputable brand. One of the worst health effects of vaping comes simply from getting a cheap, low-quality vaporizer, as this can result in inhaling harmful chemicals when you smoke. What you put in the vaporizer is just as important, as we discussed, because things like tobacco are just as harmful whether smoked or vaped.